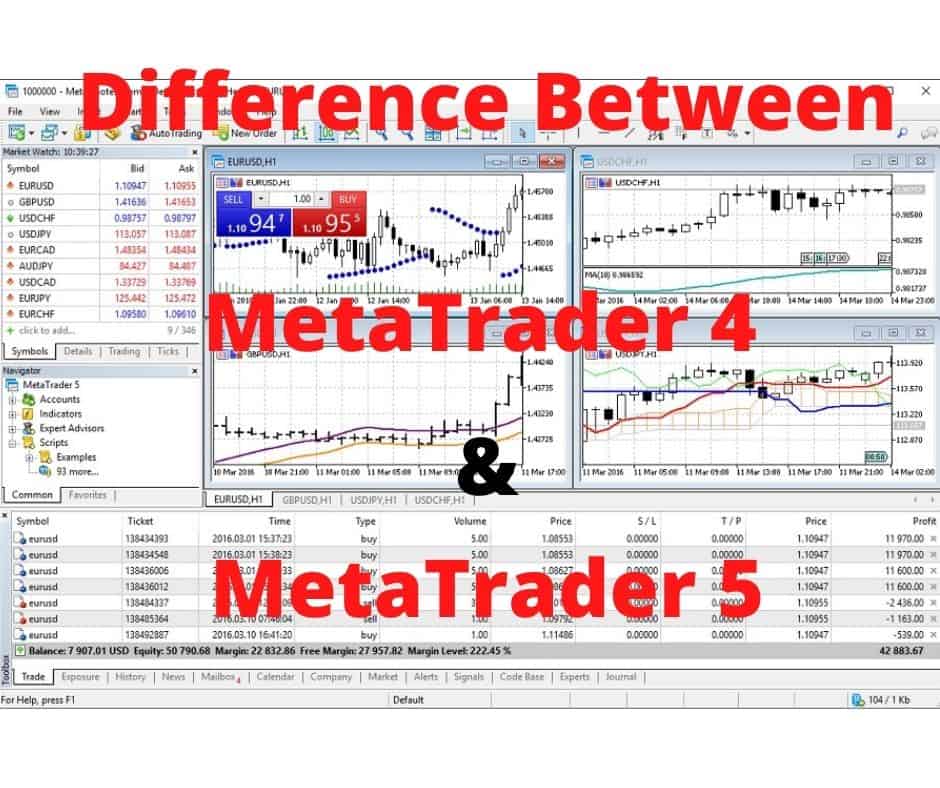 MetaTrader 4, sometimes referred to as MT4, is an electronic trading platform that is frequently used by online retail foreign exchange speculative traders to execute trades in foreign exchange markets. It was created by MetaQuotes Software and first made available in 2005. The software is licensed to foreign exchange brokers who use it to provide services to their clients for FX Trading.

Both a client and a server component are included in the software package. Unlike traditional trading platforms, in which the broker runs the server component, the client software is offered to the broker’s customers, who use it to view live streaming prices and charts as well as place orders and manage their accounts.

A prominent feature of the client, which is a Microsoft Windows-based application, is the possibility for end users to create their own trading scripts and trading robots, which can then be used to automate the trading process. MetaQuotes released MetaTrader 5 in 2010, which is the company’s successor.

However, adoption was gradual, and as of April 2013, the vast majority of brokers were still using MT4. While there is currently no official MetaTrader 4 version available for Mac OS, several brokers do provide their own custom-built MT4 variations for Mac OS that they have developed themselves.

Here are 3 Brokers that offer both MT4 and MT5


Check out Cash Back Forex Review